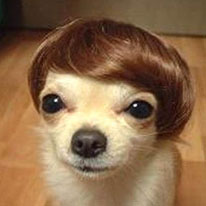 RETURN OF THE JEDI CARDBACKS

POWER OF THE FORCE CARDBACK

This graphic is a work in progress. There WILL be missing punches, and I will update the graphic as they’re sent to me. Thx – Chihuahua.

Each vendor has a unique cardback punch (or hanger tab) which I’ve outlined on the graphic above. All of the SW and the early to mid era ESB cardbacks don’t feature a factory code on the back of the card, so identifying the vendor of a cardback by the factory punch is the only means possible.

Even though the punch shapes evolved slightly over the vintage years, there is a general rule of thumb regarding the shape which can be applied to the punches for each vendor. These rules apply up until the large circular type punches found in the later Trilogo/POTF era.

From the outset, Kenner planned to have figures produced in parallel at multiple factories. Looking at the “Early Bird” sets, it seems the production of the figures run of figures was from the Kader and Unitoy vendors in Hong Kong, with a Taiwan based factory supplementing the extra demand for a few select characters. A third Hong Kong based vendor called Smile was also brought into the fold to help keep up with demand for the Star Wars toy line.

There is a consistency between the figures and cardbacks with a waffle patterned seal on the bubble. This waffle detail is important to confirm a MOC was assembled at a single source. Smooth sealed cardbacks exist in low numbers that contain mixed up figures and cardback combinations. This suggests there was also repackaging of figures away from their point of manufacture. Speculating, these might be overstock figures, surplus baggies or figures from outdated MOCs that were repackaged.

Cardbacks were die-cut in multiples, so there can be very minor variations found in the punches shown in the above graphic.

Generally speaking, international licenses such as Meccano (France), Harbert (Italy), Toltoys (Australia) and Kenner Canada imported the MOCs directly from Asia. The cardbacks were produced locally to the Asian vendors with the card design modified to include the branding and details for each license. Palitoy (UK) in the earliest period from 12 to 45a imported pre-assembled MOCs from the far east. From 45b onwards, Palitoy used both a mix of either UK and HK printed cards for each new release. Meccano, in a slightly later wave, produced their own unique 18 & 20 back cards which were also paired with imported Asian figures.

Takara in Japan had two short lived periods during the SW era. One was importing Asian packaged figures & cardbacks, which were then stickered before distribution. Secondly, a short spell of producing three unique figures which were sculpted, shot and packaged all in Japan, with Takara artwork and a different punch.

Poch also imported Asian produced figures for their earliest ESB 31bk cards, before moving into their second era of producing figures from imported a mix of Kader and Unitoy parts and accessories. Toltoys NZ produced their own cardbacks.

As the SW/ESB lines matured into the Jedi era, new licenses such as PBP and Lili Ledy also joined the Asian producers, with the mass production of their own figures. These figures were also packaged in-house with their own unique artwork and punches. Two of the three HK based factories, Kader and Smile moved production and packaging of their figures into mainland China and Macau as a means of cost-cutting the production process.
In the 65/77bk era, Lili Ledy established a new factory which operated under close supervision from Kenner. The thirteen ROTJ figures they produced and packaged in-house and were marked with a “Made in Mexico” COO on the back. PBP also produced a run of the four cantina aliens, which were sent to the new Lili Ledy factory in Mexico for packaging, but instead with a “Made in Spain” COO on the cardback. The artwork for both of these conformed to the Kenner packaging of that period, however were unique in the matt finish to the cardstock and punch.
Late in the line, as the ROTJ action figure sales began to wane, as a means of further cost reduction, Palitoy, Meccano and GMJ/PBP produced their own Trilogo labelled cards. These were paired with a mix of imported Asian and Spanish produced figures/accessories. These Trilogo cards were distributed across western Europe and sold under different licenses – Meccano, Clipper, Parker etc. in their respective countries. The punch used for the late French & Spanish Trilogos differs again in it’s unique UFO shape.
Later in the timeline, as a means of rejuvenating the Star Wars action figure line, the “Power of the Force” (POTF) branding was created, and again a new era of carded figures were released. Production and packaging returned to Asia, most predominantly in the Macau and China based factories. As the demand had slowed, production was scaled back to a single source of production for each character. The Smile POTF cards feature a smaller punch before moving to the larger punch type.
By the time the Droids & Ewoks lines were released, all of the Asian and Mexican produced cards featured their own take on the larger punch type.
Top Toys and Glasslite have a unique punch shape again, but the card art is so wildly different, there’s no need to focus on the hanger tab particularly.
The point of this isn’t a comprehensive history of VSW figure cardbacks and production, but is intended to be a brief overview of how there came to be such a wide array of packaging punch types and how these factory names and licenses actually relate back to the figures.
So, how is this information useful? Prior to the ESB 32b cardbacks, there wasn’t a factory code present, so this will help in identifying the origins of your earlier MOCs. Some knowledge of the factory punches and figure combinations can help spot rarer vendor combinations, smooth sealed MOCs, Toy Toni’s or reproduction cards. It’s also essential for researching the early figures and identifying vendor specific sculpts to the figures and accessories. It should be noted that Trilogo cards have no correlation to the figure or accessories in the bubble.
Many thanks to Tim Emmerson, James Kenneison, Wayne Totty, Stefan Callear, Jamie Acott, Daren Wilde and Stéphane Faucourt for the extra information and pictures.